4 Things That Made Blockchain The Most Disruptive Tech In Decades

4 Things That Made Blockchain The Most Disruptive Tech In Decades

Blockchain, the revolutionary technology behind Bitcoin, has been slow to receive the fame it deserves. Hailed as one of the most disruptive technologies in decades, Blockchain Technology is at the heart of the shift from centralized server-based internet system to a cryptographic transparent network. 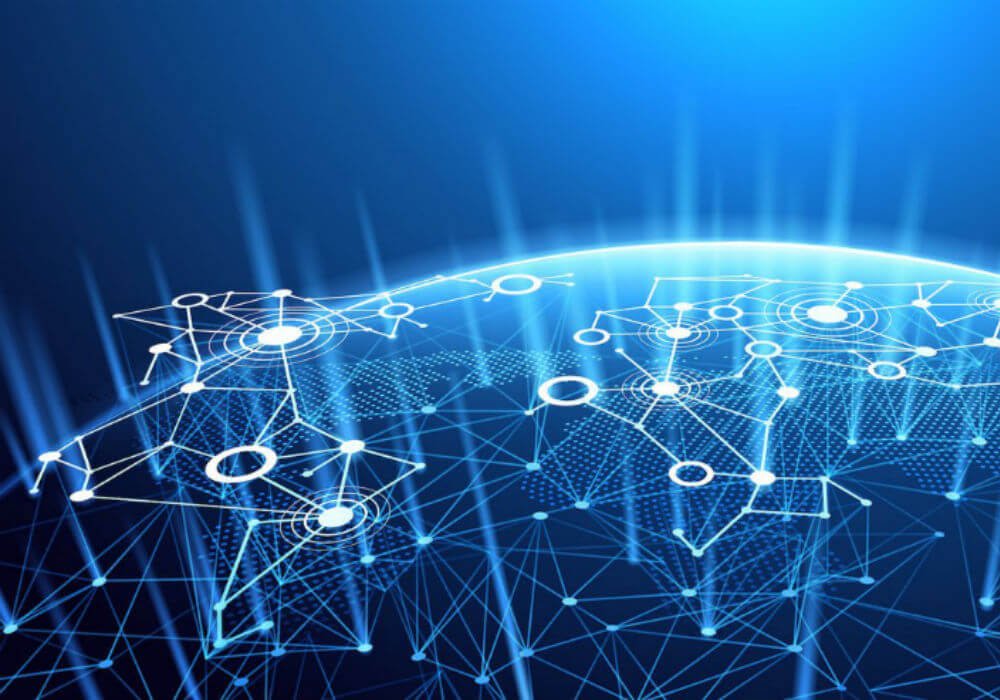 According to National Institute of Standards and Technology (NIST) report,

“A blockchain is essentially a decentralised ledger that maintains transaction records on many computers simultaneously. Once a group or a block of records is entered into the ledger, the block’s information is connected mathematically to other blocks, forming a chain of records.”

The report further elaborates that “Because of this mathematical relationship, the information in a particular block cannot be altered without changing all subsequent blocks in the chain and creating a discrepancy that other record-keepers in the network would immediately notice. In this way, Blockchain Technology produces a dependable ledger without requiring record-keepers to know or trust one another, which eliminates the dangers that come with data being kept in a central location by a single owner.”

Fortunately, with Blockchain Technology, we can finally look forward to a new era of human transactions without the traditional intermediaries such as credit card companies and banks to validate and back transactions.

The potential of blockchain is immense and for good reason, too. Let’s see how:

Blockchain Technology fosters trust – Blockchain, essentially, is “an open, distributed ledger that can record transactions between the two parties efficiently and in a verifiable and permanent way”.

In a blockchain, blocks of information are hosted on a decentralised peer-to-peer network, instead of a centralised server. Each block of information is visible to everyone and cannot be altered retroactively without the alteration of all subsequent blocks and the collusion of the network.

In fact, transparency and decentralisation are the most impressive features of blockchain technology that establish trust, providing a paper free way to establish ownership of information or even money!

Cryptology Replaces Third-party Intermediaries – Have you ever wondered what happens when you transfer money online? What appears to be quite effortless is actually a cumbersome process wherein accountants and bookkeepers on both sides maintain multiple records to ensure the transfer is completed properly. For users, it translates into a long waiting time, transaction fees and scope of human error.

But blockchain technology has the potential to completely dispense the need for intermediaries. Once blockchain technology is adopted, peer-to-peer consensus algorithms will transparently record and verify transactions, dispensing the need of manual verifications undertaken by banks. This will reduce costs, delays and the general complexity of financial transactions.

In short, with blockchain, “cryptology replaces third-party intermediaries as the keeper of trust, with all participants running complex algorithms to certify the integrity of the whole… The use of blockchain can reduce overhead costs when parties trade assets directly with each other or quickly prove ownership or authorship of information — a task that is currently next to impossible without either a central authority or impartial mediator.”

According to IDC, Global spending on blockchain solutions in 2018 is $2.1 Bn.

How Chatbots Are Creating Opportunities In Sales And Conversion
AI, machine learning and chatbots have become one of the most talked about and disputable…

What Inspired These 12 Women Entrepreneurs To Embark Upon Their Startup Journey
While wondering what to write for this Women’s Day, I remembered the reason why I…

Netscribe predicts that there will be 42.8% expansion of the blockchain space every year to 2022.

LiveTree ADEPT, a crowdfunding platform for the film and entertainment industry, is the World’s First Blockchain Funding And Distribution Platform For Film And Content Creators.

In the financial sector, large banks like Barclays are working towards adopting blockchain, the technology behind BitCoin, to make their business operations faster, more efficient and secure. The technology also finds use in supply chain management as it enables permanent documentation of transactions in a transparent and decentralised manner.

From verifying data in insurance contracts to creating decentralised versions of peer-to-peer ridesharing apps or a decentralised network of IoT devices that can communicate internally to eliminate bugs or update software, the applications of the technology are limitless. Talking on an even larger scale, Dubai aims to put all its documents on blockchain by 2020 in a bid to improve the security and efficiency of government operations.

Automated Business Operations – The aim of every business is to achieve operational efficiency, resulting in a hike in their sales. Introducing blockchain in the operations of an organisation offers several advantages, such as:

Easier, transparent and secure cloud storage that allows users to quickly access information, as and when required.

The Future Of Blockchain Technology

While blockchain has been termed the most disruptive technology in decades, it is still a relatively new technology that must overcome challenges such as scalability, speed and flexibility. Currently, Bitcoin and Ethereum, two most used blockchains, both face a scaling problem, as they consume tremendous amounts of energy to function. Both the systems use the proof-of-work mechanism to validate transactions made on the blockchains.

To verify and process transactions, both the networks require the computation of complex mathematical problems which consumes large amounts of energy. Besides, energy is also required to cool down the computers involved in the process of calculation. To put this in perspective, stats point out that Bitcoin mining uses 27 times as much energy as the entire Visa network.

A large amount of energy consumed in keeping blockchains running properly is a deterrent to adoption by most organisations who are working hard to reduce their carbon footprint. Fortunately, moves are being made in the right direction to reduce the energy consumption by moving the Ethereum network to a proof-of-stake mechanism, making it more scalable.

However, it must be noted that changing from one system to another isn’t easy, and a flexible system such as Tezos, which starts out as proof of stake and can be easily updated, is more likely to emerge as the dominant blockchain system.

To conclude, one can say that while Blockchain Technology is in its initial stages and has major challenges to overcome, thanks to many interested stakeholders and the perceived outcomes, issues of speed and scalability will soon be overcome in favour of creating transparent, efficient and secure industries utilising Blockchain Technology. Of course, businesses need to understand the benefits of the technology vis-à-vis costs before integrating it into their existing systems blindly.