Blockchain will be the next technological revolution

Home / Blog / Blockchain will be the next technological revolution 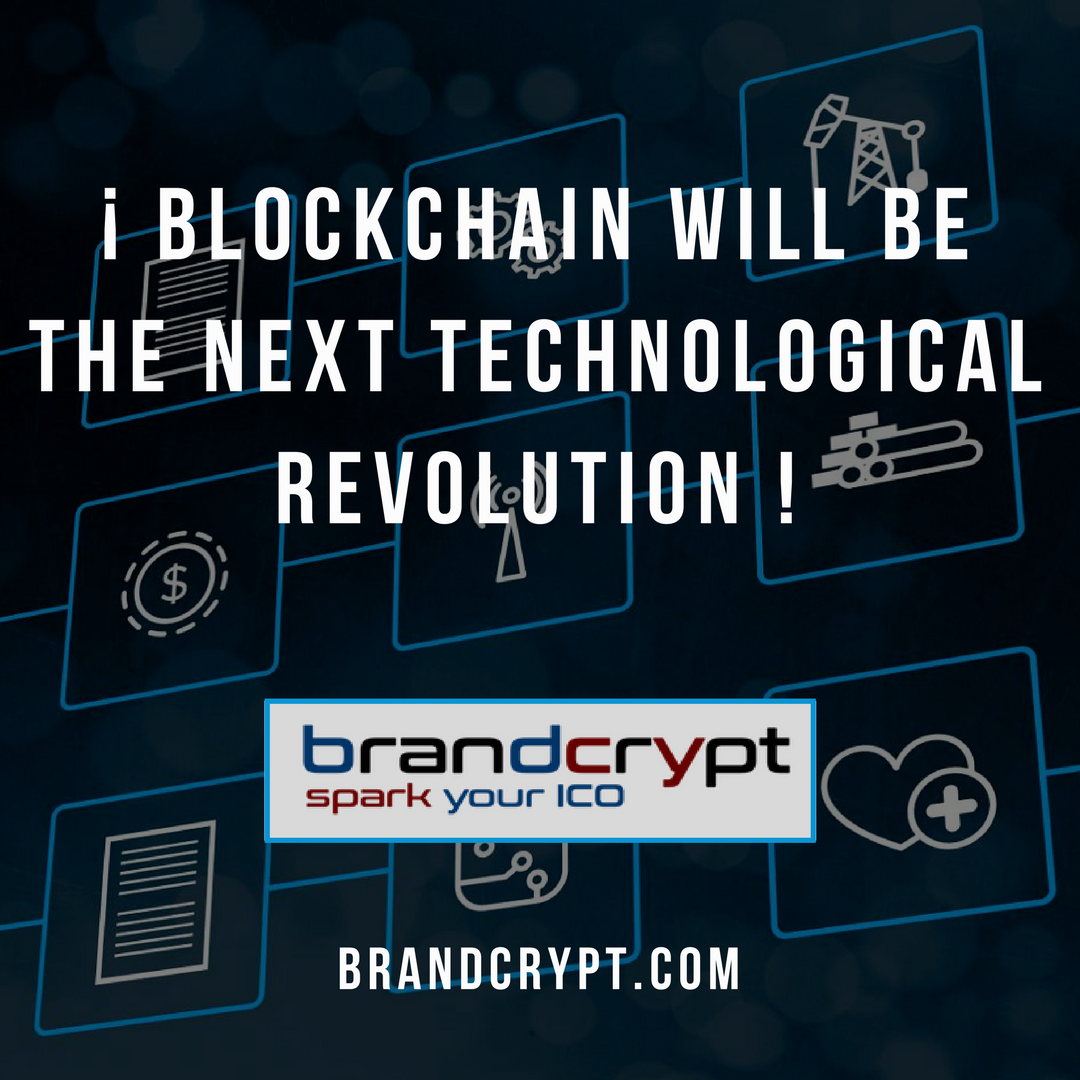 Blockchain will be the next technological revolution

Although the blockchain infrastructure has been adapted in various economic sectors, with the cryptocurrency market being one of the most recognized, there are still many gaps regarding the understanding of this concept.

Currently the blockchain is being used by companies in the financial sector to fight against money laundering, making national and cross-border payments, among other tasks.

Also by public sector companies and governments that seek to improve the distribution of welfare in the population, protect the infrastructure, increase ownership records and maintain control in transactions.

While in the health sector of the health sector this infrastructure has been implemented to perform better control of medicines, carry out the management of clinical trials or the exchange of patient health records.

But, why is the blockchain infrastructure seen as the next technological revolution of the century?

Precisely that was the discussion addressed by the consulting director in Oracle of Colombia, Peru and Venezuela, Mariano Volpedo. This answered the expert in an interview granted to  Dinero.

The blockchain is a chain of data that are intertwined and that do not allow any modification after its creation. Appears with virtual currencies, being the mechanism capable of generating traces of transactions of this type of currency, making it the place where all operations and transactions are registered.

Could you give an example regarding its possible uses?

An example is a family where the son studies at the university and his parents consign money to the account. The registration they have is the credit in the bank account of the first, and the debit in the one of those who send.

Banks generate two records of the same activity: a debit registered in your bank account and a credit in your child’s account, but can not see the bank record of the other, as the banking institutions keep separate accounting books on behalf of their clients , and make sure they are accurate and private.

And if you do not want the books to be private? What happens if you want both you and your child to have access to a single accounting book with visibility of all transactions?

That is solved with the generation of a joint bank account, but today there are more options thanks to blockchain.

How reliable is the blockchain infrastructure? Why is it in some way impenetrable and incorruptible?

Following the example, imagine that each time you send a monthly payment, establish a “block” with the information of the transaction (date, time, amount, etc.). Both parents and children can see the block, confirming that the money was sent and received. There will be no possibility of claiming that the transfer never arrived, since the support of both accounts exists and is visible.

That is, it is the brain that stores the transactions and movements of the accounts. For its overcrowding it has a challenge, the applications that work under the blockchain technology must be simple, fast and reliable.

Currently, block chains are replicated in different computers, so it is impossible to modify them, because if you change in a team, you should change in the rest. However, being such a new technology, it is about to be massified and at that moment you will be able to know the advances in relation to computer security.

Why did the cryptocurrencies base their infrastructure on the blockchain?

They needed a spine and a brain to keep track of operations. This trail can be as public or private as you want, it depends on each user or the policies of each entity.

What is required for startups to start adopting this infrastructure more and more?

Being a relatively new technology is the perfect moment, blockchain is waiting for an entrepreneur who seeks to create that great company that manages to identify how this technology can change the daily life of ordinary people.

With the appearance of internet, those visionaries who created online messaging systems, social networks, music and others, changed the world. This is why the responsibility for entrepreneurs is growing.

Why does this technology represent a worldwide revolution?

The people of the world seek new solutions that allow them to be more efficient in their daily lives. Additionally, they  seek new alternatives to eliminate intermediaries in the process, which generate delays, are inefficient and generate a monetary value per transaction.

Innovations are what are changing the world, this happened with digital tools that, without having any vehicle as an asset, provide millions of trips a day, or hosting services that do not have agreements with hotels, but that constantly takes away participation of the market

With blockchain, not only financial transactions are possible, but operations where information is stored, because, being unmodifiable, they allow greater control and security in operations.

What other activities are migrating to blockchain technology?

The interesting thing about new technologies is that the possibilities have no limit, since divisions can be created in their use. When the internet started, post systems, web pages, instant messaging systems and applications were born; the same will happen with blockchain, we are at the beginning of its development, but in a few years it  will be a disruptive option that will facilitate some processes that we are used to doing today.

Why is it said that the blockchain is a technology that could play in favor of democracy and transparency?

With the emergence of blockchain, organizations have more tools to control the transactions that are made, lower operating costs and reduce intermediaries, which democratizes access to financial products.

By eliminating intermediaries, blockchain allows more people and organizations to carry out their transactions on the network,  which allows technology to reach more places and to continue to multiply its use . Additionally, it has allowed several banking entities to open their platforms so that ventures can access them and create applications that add value to the sector.

Another example is the elections, where there is a trace of the vote for the candidate, but with the user who made the vote as incognito for those who should not know whom they chose.

How is the blockchain impacting Latin America and Colombia?

Although in the region companies are starting to work on the application of blockchain for their processes, countries like Colombia are looking to be leaders in the region, with the realization of programming events, where entities from different sectors seek to solve their needs through the incorporation of entrepreneurs, which allows us to innovate and try a new route to solve current challenges.

The same happens in other countries of the region, where different entities seek alternatives to generate value in their users, product of innovations created from blockchain.

The big winner will be the user,  since the challenge of the companies is to change the models, leave the mold and think differently , in order to improve processes to simplify people’s lives.

What businesses have the potential to be created from blockchain?

The potential of the Blockchain is very large, since all industries today need to have copies of their transactions, know and access them at different times, so that practically any sector can find advantages in using it.

Additionally, the Blockchain is not only for large companies, since small and medium enterprises must also have accounting records to know their movements.

What will be the future of the blockchain?

The future is being written and those companies that manage to incorporate it into their processes, so that users can use it quickly, that is reliable and simple to use, will be the calls to overcome.

In what way is Oracle taking advantage of the blockchain?

Oracle allows organizations to expand their applications and business processes, as well as accelerate transactions between partner ecosystems in a secure manner.

This is how users can take advantage of one of the most disruptive emerging technologies of today, with the recent announcement of  the  Oracle Blockchain Cloud Service . The advanced accounting platform cloud platform, distributed at the enterprise level, helps customers to increase the speed of their companies, create new sources of revenue, reduce costs and risks by securely expanding applications of ERP, supply chain and other business applications such as SaaS to drive tamper-proof transactions in a reliable commercial network.