Google is working on its own technology related to Blockchain 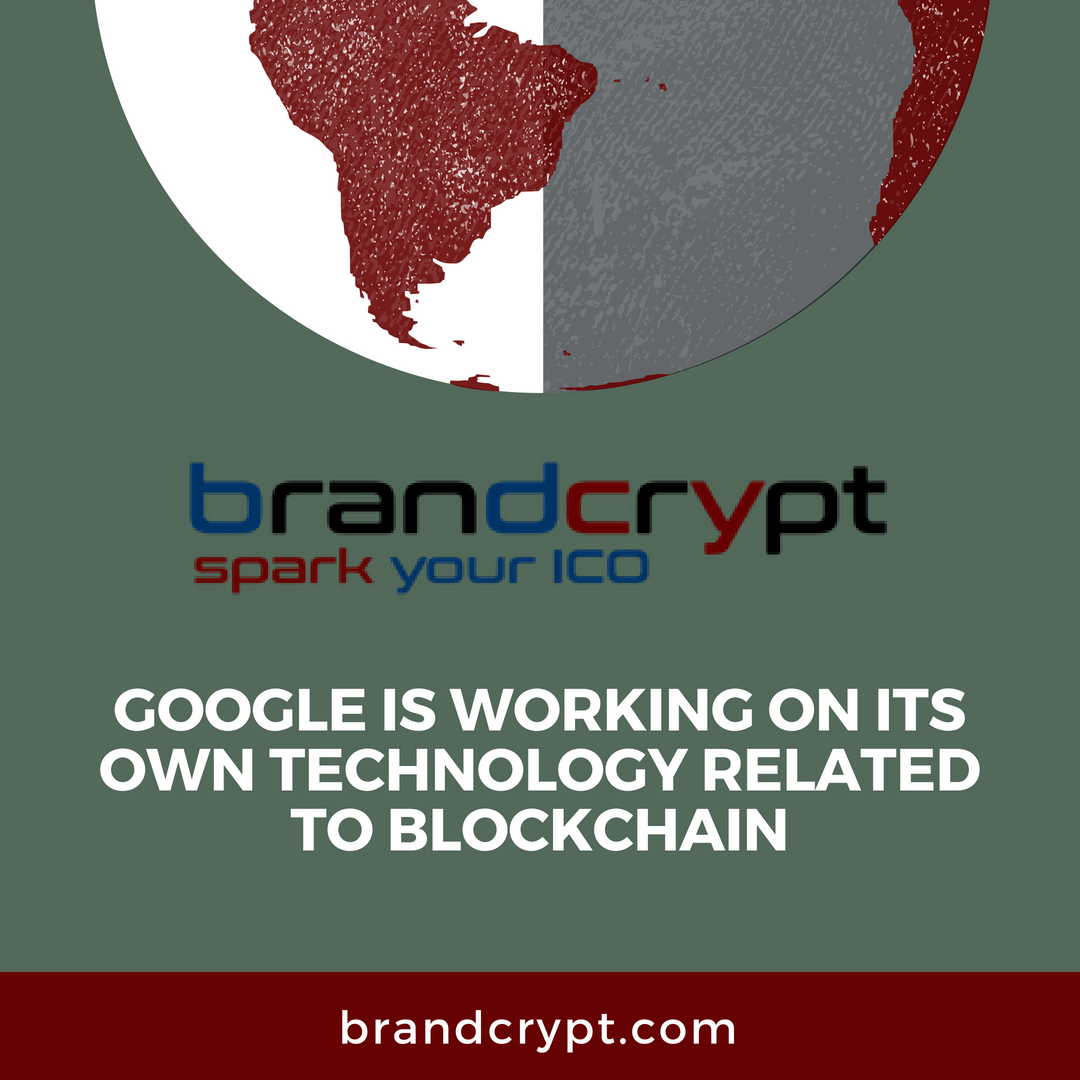 Google is working on its own technology related to Blockchain

Google is working on blockchain-related technology to support its business in the cloud and avoid competition from emerging startups that use highly publicized technology to operate online in new ways, according to people familiar with the situation.

Companies use blockchain and other so-called digital ledgers to securely record transactions and process other data over the Internet, a service that Google could use, for example, to assure clients that their information is protected when it is stored on the Internet. giant network of servers that enhances its services in the cloud.

The Alphabet Inc. unit is developing its own distributed digital ledger that third parties can use to register and verify transactions, one of the people said. Although the timing of the publication of any product is unclear, the company plans to offer this to differentiate its service from the cloud of its rivals. It will also provide a white label version that other companies can run on their own servers, the person added.

The Internet giant has also been acquiring and investing in startups with experience in digital accounting. Many of the offers have not been announced, said the person. Even so, Alphabet was a leading corporate investor in the field last year, ahead of Citigroup Inc. and Goldman Sachs Group Inc., according to research firm CB Insights.

Several people in the Google infrastructure group, reporting to cloud chief Diane Greene, have been playing with blockchain protocols in recent months, according to another person familiar with the company. Other Google experts said recently that cloud business is a natural place for services related to Blockchain. People asked not to be identified talking about the issue because the company is not ready to make an announcement yet.

“Like many new technologies, we have people on various teams that explore the potential uses of blockchain, but it’s too early to speculate about possible uses or plans,” said a Google spokesman.

In 2016, Google began a test for developers testing the blockchain services in their cloud. People are now exploring much more expansive ways of implementing technology.

Digital accounting books such as blockchain power Bitcoin and other cryptocurrencies. They are databases that are updated regularly on thousands of computers over the Internet. Each entry is confirmed by these machines, which can be part of public networks or run privately by companies. There are different types of digital ledgers: blockchain is only one. The data crossed by this range of technology from transactions to updates of the supply chain to digital cats.

Technology presents challenges and opportunities for Google. Distributed networks of computers that run digital accounting books can eliminate the risks that come with centralized information by a single company. While Google’s security is solid, it is one of the largest holders of information in the world. The decentralized approach is also beginning to support new online services that compete with Google.

Even so, the company is a pioneer of the Internet and has a long experience in the adoption of new and open web standards. To build its ledger, Google has analyzed the technology of the Hyperledger consortium, but could choose another type that is easier to scale to execute millions of transactions, said one of the people familiar with the situation.

“Every time there is a paradigm shift like this, there is an opportunity for new giants to emerge, but also for incumbents to adopt the new approach,” said Elad Gil, a newly created investor who worked on the first mobile projects on Google. more than a decade ago.

Sridhar Ramaswamy, Google’s head of advertising, said at a recent conference that his division has a “small team” that looks at blockchain, but noted that existing core technology can not handle many transactions quickly. Some marketing companies have begun to explore the potential of Blockchain to facilitate the digital purchase of advertising without using Google and Facebook Inc., the two dominant players in the industry.

Among the technological giants, IBM and Microsoft Corp. have so far led the charge of offering tools related to blockchain and allowing companies to play with digital ledgers using their services in the cloud. The blockchain products and services market can grow from $ 706 million last year to more than $ 60 billion in 2024, according to WinterGreen Research. Cloud’s 800-pound bouncer, Amazon.com Inc., helps companies build blockchain applications, and Facebook boss Mark Zuckerberg is studying cryptocurrencies, encryption and other decentralized computing approaches.

A lot of new companies are trying to challenge Google’s online domain by using digital ledgers. Brave is a web browser that competes with Google Chrome. Instead of running targeted ads, Brave uses blockchain technology to pay for websites when people spend time there. BitClave allows people to search online and get rewards for seeing ads. Another project, Presearch, is also using blockchain to try to compete with the Google search engine, according to a white paper from the startup.