How the ICOs are achieving impressive figures despite the challenges 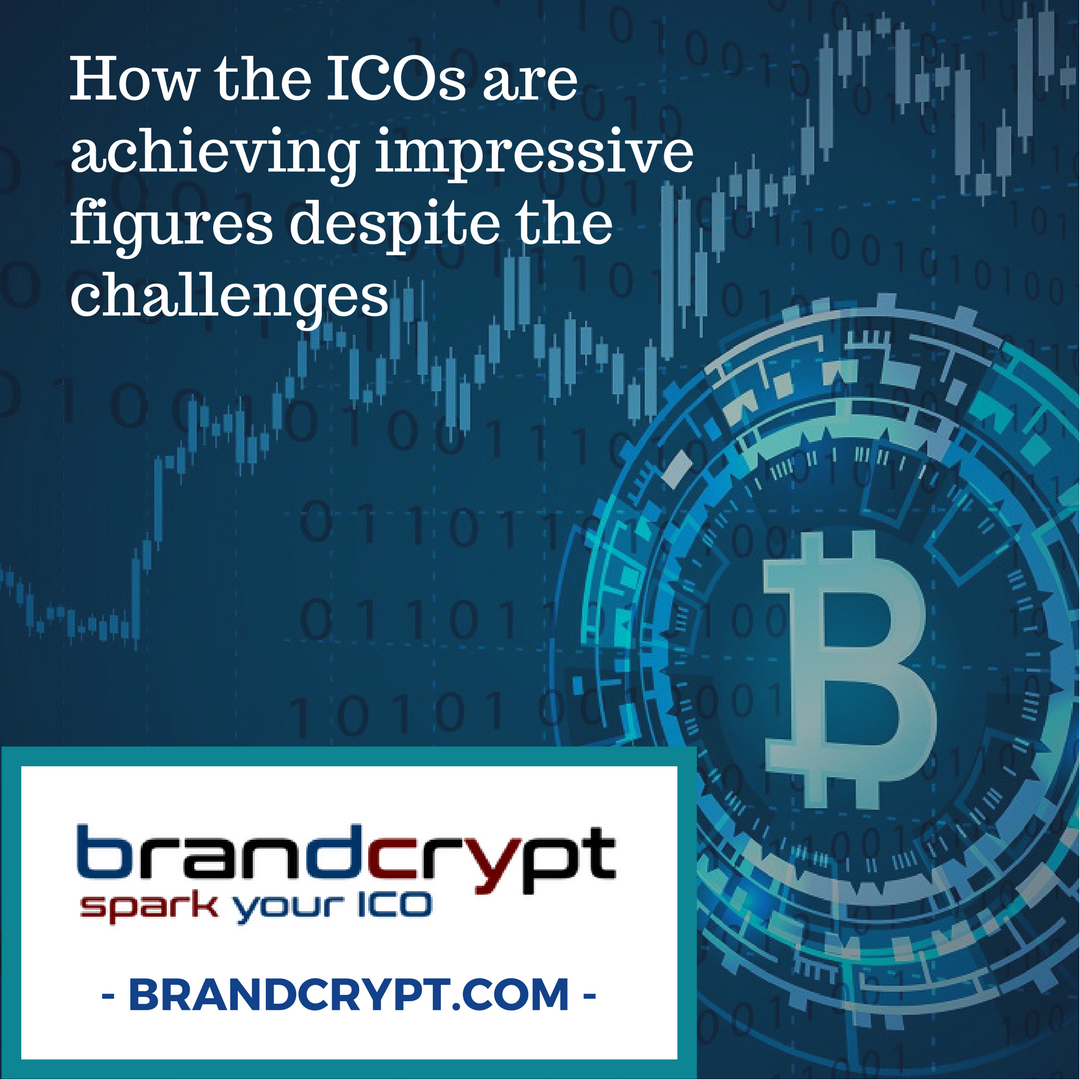 How the ICOs are achieving impressive figures despite the challenges

The first quarter of 2018 has been a rather dramatic period in the life of blockchain and cryptocurrencies. While we see a continued fall in the price of Bitcoin and altcoins in general, with most token transactions even below their ICO prices, there has been no compromise in the amount of money raised during this period.

At the end of February, crowdfunding companies raised more than one billion dollars for the third consecutive month. Of the billions collected this year, $ 788 million come from projects in the US. UU., $ 265 million from China and $ 249 million from Lithuania. Switzerland, the heart of crowdsale in Europe, ranks fourth with $ 249 million. The above figures reveal that there is a reasonable distribution in the way these funds are raised, portraying a somewhat balanced ecosystem.

Despite the political and institutional resistance faced by the cryptocurrency ecosystem, with specific attention to the ICO, this stable upward trend that is observed arouses some curiosity. The questions about the fundamental indices behind the upward trend if the expansions of ICO abound, as well as the sustainability of the current behavior of the industry.

General quality of the ICO

The founder of  LKI Consulting  , a public relations firm that has handled several ICOs especially in recent months, Laura Kornelija Inamedinova believes that the reason for this ICO trend should be related to the increase in the overall quality of ICO. Remember the situation that existed in this industry about six months ago, where probably anyone could announce an ICO, since basically everything that people needed was an attractive and attractive idea, and the mentality or technological competence in business and digital innovations was they considered the second ones. level topics
Inamedinova explains that time has shown that, on the contrary, these aspects are the most important to have a successful ICO. Therefore, the increase in the number of high quality and well developed projects contributes to the growing confidence of investors.

Although in general the market of ICO has experienced a boom and has registered impressive figures, there are a good number of projects that have not managed to reach the established objective, reason why they are considered unsuccessful. Inamedinova identifies knowledge and communication as the main factors that determine how successful a project can be.

“A successful ICO definitely requires a team that has an excellent knowledge of business and technology, on the other hand, communication is still a bit undervalued, but it is as important as the understanding of certain industries.” A good communication strategy always helps to show the best features of your project, as well as attracting more people through creative campaigns, and the way in which team members communicate with investors can tell you a lot about the reliability of any ICO. to be vague and even rude, which obviously indicates a quite wrong strategy. “

The first big wave of announcing ICO began in the summer of 2017. With respect to the nature of these projects, the first results will be visible in a year or two after the fundraising process, therefore, this could be between six and eighteen months from the time of writing. It will not be a surprise that most projects can fail (unfortunately, it is quite common in the world of startups and innovations) and the massive disappointment will grow. However, it turns out that the interested people will not stop establishing new projects that will be significantly improved and will definitely be more successful. Eventually, it is expected that the blockchain technology will be applied massively not only in the ICO, but also the startups,

Looking beyond the figures

The founder of  Cashaa  , Kumar Gaurav, thinks that the industry should see beyond the simple exercise of crowdfunding carried out by many projects at this time in terms of ICO. Gaurav, whose company rejected more than $ 14 million of the $ 33 million raised in an ICO due to compliance reasons, identifies a large number of irregularities in public perception of the true substance of crowdfunding.

A trend identified by Gaurav is the recycling of investors and investments within the ecosystem that seems to inflate the industry beyond its true capacity. He points out that the practice of most investors is to sell old chips, buy new ones, withdraw profits and move on to the next one. This is possible due to the highly competitive market that is flooded by all kinds of projects. Competition leads to high promises of bonus, therefore, even when the value seems to decrease, the exaggerated bonds keep profits for the investors. The question is, how long can such a system be maintained?

Another problem identified by Gaurav is that ICOs are attracting many investors from outside the industry who are only interested in their own benefit and not necessarily in technology or in support of a particular company. In addition, there are many beginners who are genuinely interested, but who are just beginning to learn and may be afraid of market uncertainties, therefore, they are selling more easily. The current situation can create difficult long-term situations for a company that has raised funds through ICO and that depends on both Bitcoin and Ether, as well as increasing its own symbolic price.

The above description reveals that many of ICO’s investors are merely speculators that may be short-term. This makes it a little complicated for developers and project developers to implement their plans and objectives effectively. According to Gaurav, to get to this point in the first place, you need exactly the money coming from these more ‘difficult’ groups of people to keep the amounts raised in ICO high, since the investors’ outlook has become broad and only deals with to increase From the beginning, the groups involved in the long term of ICO investors from the blockchain industry are not enough.

At this point, the question arises as to which criterion is applied to determine the success of an ICO. These days, it is common to classify an ICO as successful depending on the amount collected during the crowdfunding process compared to achieving it through the use of traditional fundraising methods. However, when looking at their own definition of success, which was generally defined by the maximum limit, until most of the UCIs did not even reach two thirds of this number. Then, to avoid being seen as a failure, companies intentionally set lower goals. Therefore, Gaurav explains that in order to decide what a successful ICO is, we must also analyze what happens to the company after a year and more.

“Nearly half of the ICOs of 2017 have already disappeared, some have not increased enough or have escaped directly, but most have quietly disappeared, and one more group has stopped communicating and has a negligible community size and, for therefore, a possibility to fail, which is equivalent to a total of around 60% of the ICOs that should actually be considered as a failure, “  says Gaurav.

Have a long-term perspective

Therefore, instead of looking at impressive numbers, we may have to see the long-term activity, such as the creation of products and the company’s commitment to the community, to be able to judge whether it is a successful ICO or not. .

One criterion is how long the company and, if possible, its product, have been in existence, with the aforementioned year already making the difference. In any case, especially if the company has existed for less than a year, it is important that the team consists of well-known people, long-term stakeholders in the industry and a successful track record.

The complexities that exist in the ICO ecosystem as already described can be considered as a normal occurrence in the development stages of any new innovation. However, in the coming years and once the fashion disappears, as the different forms of fundraising have their advantages and disadvantages, we will be able to see a more stable industry and the amounts collected in ICO will approach, or even be equivalent to, the amounts raised in the traditional way, but with their own peculiar implementation benefits.