Interesting uses for the blockchain that go beyond bitcoin

Home / Blog / Interesting uses for the blockchain that go beyond bitcoin 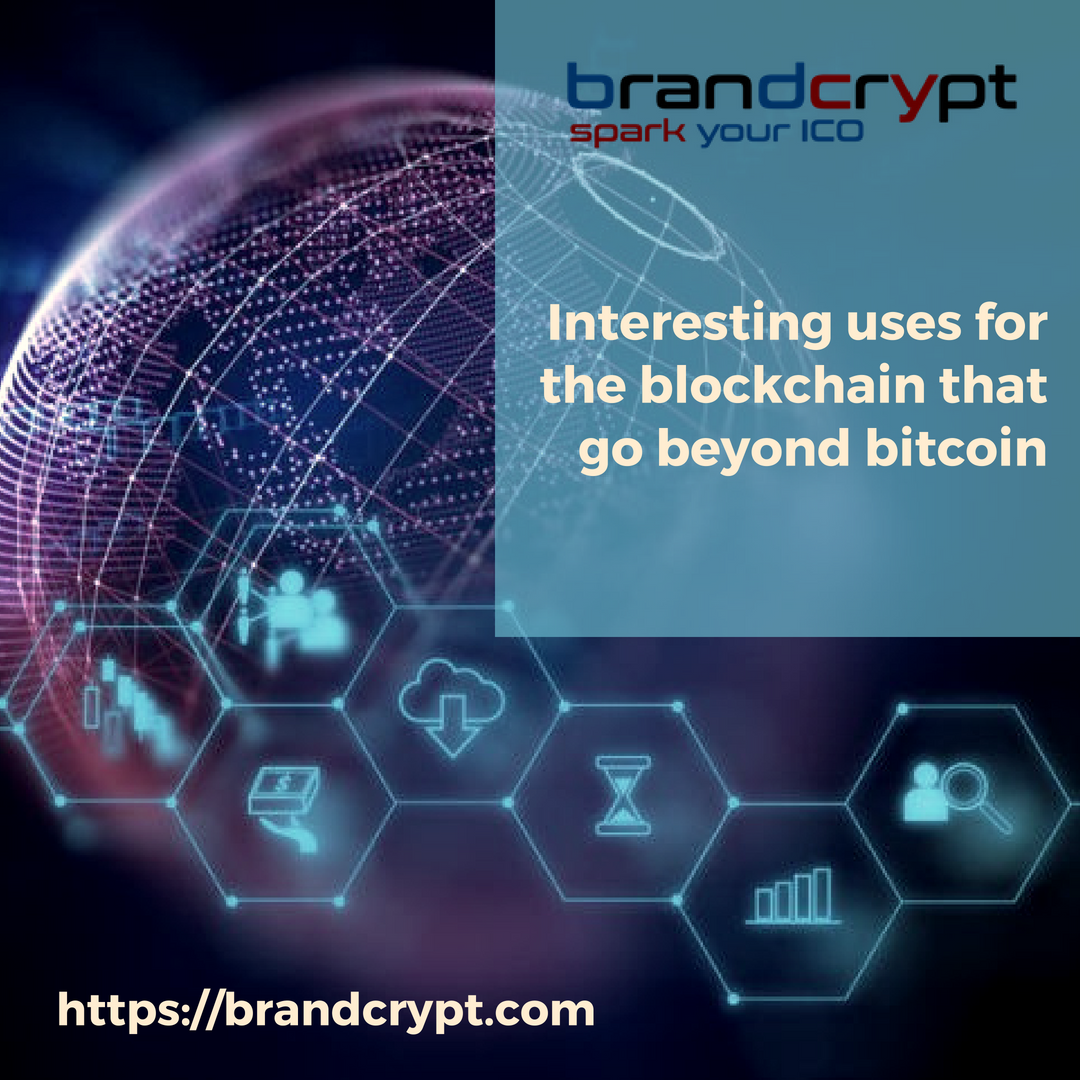 Interesting uses for the blockchain that go beyond bitcoin

Most people who have heard the term think that the “chain of blocks” only has to do with cryptocurrencies such as bitcoin, litecoin, doguecoin and others. It is the technology that supports digital currencies and guarantees that all transactions are properly recorded and recorded. But what is stored in the chain of blocks does not need to be just a monetary unit, but can be used for all kinds of interesting uses.

The blockchain is defined as “a system that is secure without superior authority, distributed through the computers of many unknown, but tamper-proof, and promises a mechanism of trust mediated directly between individuals.” Essentially, by providing a distributed means to guarantee and verify transactions, the blockchain offers the last opportunity to eliminate the intermediary.

A key aspect is the intelligent programmable contract: code stored in the blockchain that is automatically executed when certain conditions are met. In uses that involve a financial transaction, it makes sense to use bitcoin or another digital currency for the same reason; By doing so, transactions can be automated and secured without resorting to third parties, such as a bank.

Not all uses involve payments. For example, Kim Jackson and Zach LeBeau got married on the blockchain in November. Is it a legally binding blockchain marriage? Well, some parts would be within the contractual law, but it is a symbolic first step.

Many major companies are looking to the block chain as a way to simplify and strengthen supply chains, where the block chain could record every step a product has taken. For example, it could be used to guarantee the origin of the food.

In other cases, the chain of blocks can be used for the exchange or sale of peers. Imagine that you have an electric car. When your charger is not used, you can rent it to other car owners, paid in bitcoins through an intelligent blockchain contract.

Another use is automated security, which uses a code embedded in the blockchain to activate grant or deny access depending on the requestor. In this way, security is assured, since third parties are not involved and nobody has the “keys”: the blockade has become one with the key, and security lies in the distributed trust of a shared anonymous network.

A provider of this is Slock. The owner can set a deposit amount and a price for the rental of a property, which the user pays through a Blockchain transaction (not even Slock is an intermediary), which allows the user to open and close the intelligent lock through your smartphone It is a blockade activated by money, without the need for third-party authority. And it’s not just the new companies like Slock that are realizing: the big players, including IBM, are too.

A radically different application comes from Bitnation, a project aimed at using blockchain to decentralize government. Bitnation is offering victims of the refugee crisis an emergency digital ID and a bitcoin-based credit card that can be used to receive funds from family or friends without bank accounts.

With this it is possible for an individual to cryptographically demonstrate his existence and identity through family relationships, registered in the blockchain as a distributed public book. This acts as a kind of international public notary. Bitnation works by generating a QR code, a barcode, that can be used with a cell phone to request a bitcoin credit card that can be used throughout Europe and the United Kingdom without a bank account.

Australian software firm Edgelogic offers insight into how blockchain technology could be used at home, a bridge between digital payments and the Internet of Things. For example, a sensor could inform the chain of blocks when it detects moisture, an alert that triggers a set of instructions that transfers cash for repairs from an insurer to a claimant’s account, even before the person knows that something is wrong .

A digital cryptodynamics has just been launched and is generated by human movement. Bitwalking dollars can be earned simply by walking, unlike other digital currencies such as bitcoins that require “mining” even though they use computers to solve cryptographic problems. With Bitwalking, a phone app counts and verifies the steps of users and walkers who earn approximately BW $ 1 for every 10,000 steps (approximately five miles). They can be spent at an online store or exchanged for cash.

While some ideas may seem solutions that look for a problem, others are more closely linked to real needs. Redefine the use that would be given to the chain of blocks, eliminating the need for banks or even aspects of government. It is clear that the block chain has expanded beyond bitcoins and cryptocurrencies, but as with all disruptive technologies, it remains to be seen in what direction it will be taken.