Pros and cons of digital currency 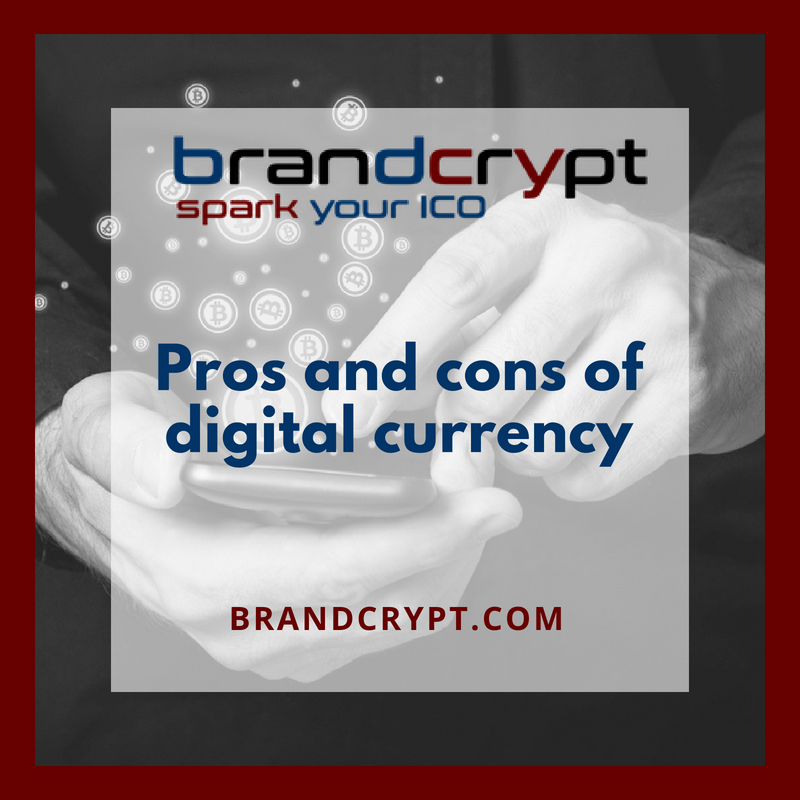 Pros and cons of digital currency

The digital currency has advantages and disadvantages like any new technology. The way you evaluate this will determine how willing you are to accept the cryptocurrency and how they accumulate over time will be the key to knowing which currencies are successful and which fail. Here are three of the biggest pros and three of the biggest cons of the digital currency today.

1. Insurance:  One of the objectives of Bitcoin, which launched the cryptocurrency boom, was to deal with the problem of double spending that had always held back digital currencies. Without a central authority to evaluate transactions, it is possible for someone to copy their currency information and spend the same money twice. Bitcoin avoids this by using blockchain, a networked system in which a computer does the work necessary to verify a transaction and then transmits that “proof of work” to every other node in the network. Once the transaction is added to the blockchain, it becomes almost impossible to modify, which increases the security of the system.

2. Decentralized:  this network-based approach means that cryptocurrencies are decentralized: no node in the network can control the currency. This is different from the way a traditional or ‘fiduciary’ currency operates, which depends on a central bank or government to subscribe and manage the currency.

3. Low cost:  without a central source to act as a guardian, the transaction costs for the digital currency can be kept low. This can make it more efficient to use digital currency as a means to, for example, send money to another country.

1. Lack of regulation:  cryptocurrencies are still new enough for regulators to only begin to deal with them. Some, like the US Securities and Exchange Commission. US, treats them with caution; willing to protect investors from a bubble. Others, for example regulators in China, have called on local governments to encourage cryptocurrency mining. This period, while regulation is resolved, is a difficult time for cryptocurrency users, who may find that their use will be more restricted in the future. More immediately, the lack of regulation means that owners of digital coins that lose their money, by accident or by theft, are unlikely to have much protection.

2. Volatility:  The rapidly growing price of some cryptocurrencies, particularly Bitcoin, has led investors to jump over them in the hope of obtaining similar returns. However, these digital currencies have proven to be highly volatile, and prices are likely to drop suddenly, as they will skyrocket.

3. The use case:  critics of digital currencies argue that there is not yet a use case for which a traditional currency can not be used. In some cases, the digital currency could be a little cheaper or slightly faster to use than a fiat currency, but that, according to critics, is not enough to justify the massive adoption of these currencies. Without massive adoption, they are unlikely to see the kind of growth needed to really reach their potential.