Restart Energy is the most popular ICO in 2018

Home / Blog / Restart Energy is the most popular ICO in 2018 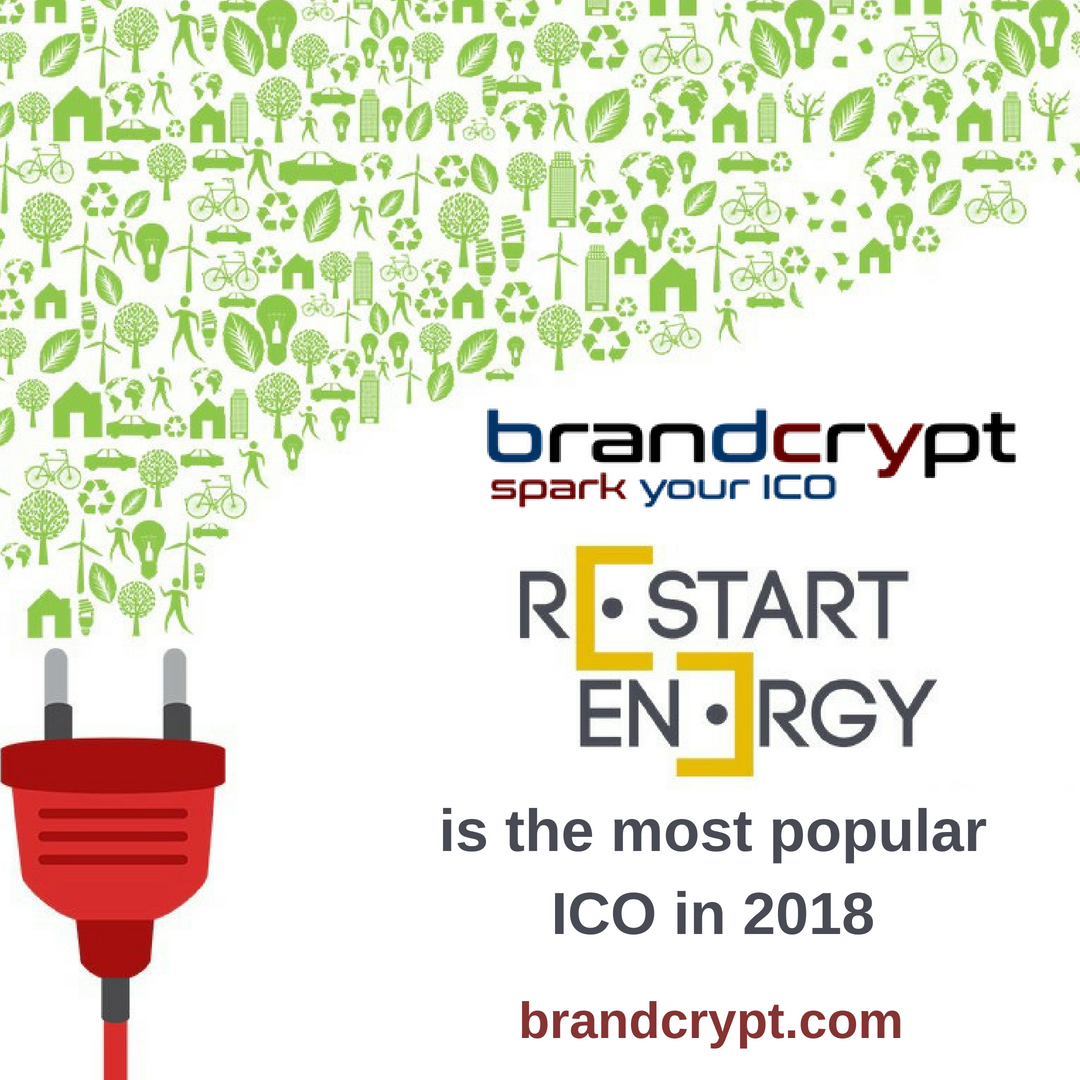 Restart Energy is the most popular ICO in 2018

With the total cap of the cryptocurrency market it goes from $ 18bln on January 3, 2017 to more than $ 700bln on the same date, 12 months later. That’s an increase of 39x. This market has created thousands of millionaires and billionaires in recent years, but it is not even close to stopping.

We all know a guy who knows a guy who bought Bitcoin sometime last year, right? But is Bitcoin still a good option? It depends.

While Bitcoin is still the leader in cryptocurrencies around the world, other currencies such as Ethereum, Ripple, Cardano or Stellar Lumens are gaining more and more market and are more technologically advanced than Bitcoin. It may only be a matter of time until Bitcoin is dethroned, and that is not necessarily a bad thing.

With all that said, the article in this article focuses on a very promising new blockchain platform called RED, with its MWAT token designed by Restart Energy. With hundreds of new coins launched each month (through TGE = token generation events), it is increasingly difficult to stand out from the crowd and investors are now looking for functional products, not just ideas.

Restart Energy is a Romanian energy company with the highest growth in the European Union.

Here is a two-minute video that explains everything you need to know about Restart Energy and RED-P (platform):

What makes Restart Energy the most popular Token Generation event in 2018? In addition to the innovative idea, the following four things caught my attention.

# 1 Not your average TGE

First of all, this is not another currency with a great idea, but nothing to show for another two or three years. Restart Energy, as I said before, but I think it’s worth mentioning again, is the fastest growing private energy company in the European Union with revenues of $ 5.45 million in 2016, $ 20 million in 2017 and projected revenues from more than $ 100 million in 2018. All this came from real clients, real associations and not from the cryptocurrency speculation.

Restart Energy has already received several industry awards such as “Biggest Energy Company 2016” by the Regional Chamber of Commerce or “Exponential Growth Award” from the ROSENC Renewable Energy Group.

# 2 Associations and customer base

What impresses me the most when I see a TGE is the past history and an existing customer base, and Restart Energy has them both.

Its managing director, Armand Doru Domuta, has reduced Restart Energy in the last 10 years to a diversified energy company in Romania and has developed 500 MW renewable energy projects.

A big business grows in strong partnerships, and they have more than 3,000 companies that have chosen Restart Energy as their energy partner. Some of the companies include: Profi (one of the largest grocery markets in Romania) , Valeo, EuroGSM or C + C. In addition to great partners, its customer base is just over 30,000 customers.

# 3 Backed up by real energy

With many people saying that “Bitcoin has no value” , the MWAT token is really backed by real power. Each token will have the equivalent of 0.11kWh after the TGE and an estimated 13.13kWh by 2023. Do not trip over a company like this every day.

The tokens act as a virtual battery that stores kWh that you can spend or sell.

This is new for the world of cryptocurrency and blockchain, but the company behind RED PLATFORM has tested this business model in the European Union and currently operates more than 300 successful franchises (not in the block chain yet). The big news, however, is that the company will provide training for the owner of the franchise and its crew and brand materials.

How many tokens do you need to open a franchise?

100,000 Tokens – Franchise Regional Network – allows ticket holders to sell energy in a whole region of their country of residence *

10,000,000+ Tokens – RED Master Franchise – grants the token the exclusive rights in its country of residence and the option to create sub-franchises within that country *

* Information taken directly from your Whitepaper

By 2023, the company aims to expand to more than 45 countries and open a total of 14,000 franchises, while attracting approximately 9 million customers worldwide. The estimated income is $ 3.78 bln.

Its MVP platform will be launched in April 2018, that is only one month after the end of its token generation event (TGE), and its official launch nationwide (in Romania) will be in August of the same year.

When does the TGE occur?

How can you participate?

All you need to do is check your website and follow the instructions. Each token has a value of $ 0.10.

How can I store the tokens?

The tokens are ERC20, which means they can be stored in an ERC20 compatible wallet, like MyEtherWallet.com, for example.