This is how blockchain can reduce inequality

Home / Blog / This is how blockchain can reduce inequality 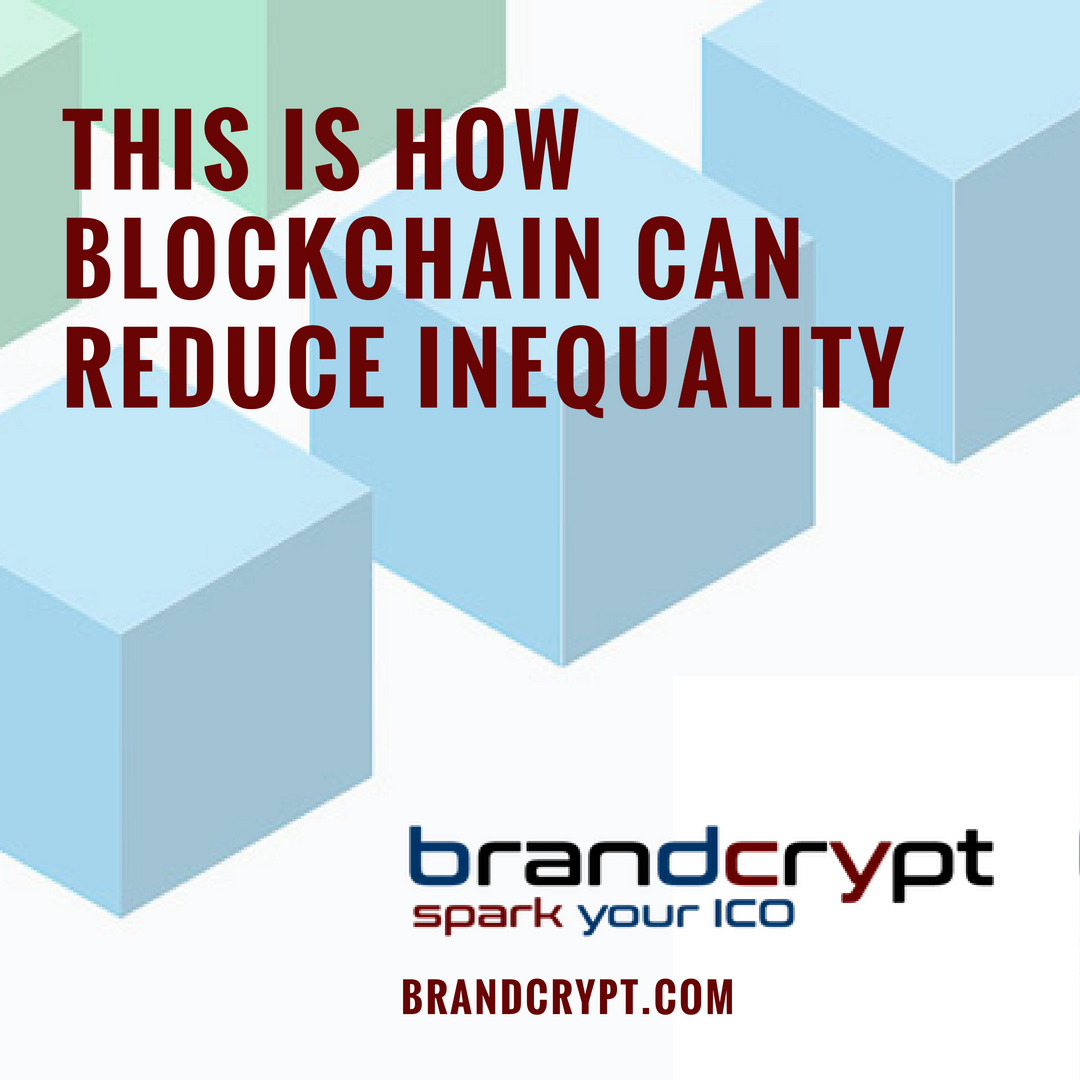 This is how blockchain can reduce inequality

One of the most important technological stories of 2017 was the explosion of public awareness of cryptocurrencies, driven by the skyrocketing prices of two of the main cryptocurrencies, Bitcoin and Ethereum. Many pixels are still spent speculating on whether these prices are a bubble, if their increase announces the interruption of the currencies supported by the traditional state or if the real driver of demand is the need to provide liquidity for black markets.

But the frenzy around Bitcoin obscures the fact that blockchain, the technology that underpins cryptocurrencies, is a much more general technology, which has the potential to revolutionize much more than currency markets. The blockchain’s revolutionary potential lies in its ability to inventory, track, subdivide and transfer wealth safely through the Internet. In short, what the Internet was for social networks, the core technology that allows it, is the chain of blocks for the possibility of a true exchange economy.

From China to the United States, from Europe to Latin America, and independently of the political system, capitalism has conquered the world. The high growth of productivity has meant that between 2003 and 2013, for example, world per capita income doubled. The result is a world that is getting rich quickly to take care of everyone.

However, the question of how to distribute justly all this wealth remains unresolved. One of the biggest challenges facing high-tech globalized capitalism is the relentless increase in inequality and the lack of stable and well-paid employment, particularly for people without technical skills. Globalization makes the middle classes grow in China and Mexico, but it costs jobs in the United States. Technology, until now, has worsened inequality.

The arrival of artificial intelligence and robots threatens to exacerbate these tendencies. While this second era of machines promises tremendous productivity growth, a 2016 report by the International Monetary Fund argues that the robot revolution may have “profound negative implications for equality”. Under our current political-economic configuration, many current jobs will be eliminated (McKinsey predicts that up to a third of all current jobs could disappear), and the few companies that build them will take advantage of the benefits of productivity. The question is reduced to property: if capital owns the robots, even if their use increases the productivity of labor, the returns will go to capital; the workers (those who remain, besides the displaced) they will lose. Even if displaced workers find new jobs, inequality will deepen.

What we have done historically in the face of inequality is to allow it to increase on the production side and then tax the rich to redistribute. Unfortunately, that system may not be adequate in the face of the second machine age. Some of the proposals to deal with this impending challenge, such as basic universal income (UBI), do not really work: they perpetuate the distinction between the manufacturers and the policyholders, and while they provide a floor of income, they do little to deal with inequality . A world in which the vast majority of people subsist on a few basic incomes while capital owners get the benefits is not exactly an aspiration.

What is needed is a system that guarantees that everyone can be considered part of the future enjoying the benefits of economic growth, simply because they are members of the social collective. Here is a proposal: why not give a part of everything to everyone in a society? For example, imagine a society in which a third of its assets are owned by society itself, a third is owned by workers and a third is owned by capital, so that everyone has a part of everything.

In other words, instead of  redistribution  (which is really  publishing  -distribution), we should be talking about  pre-  distribution: instead of improving inequalities through the system of taxes and benefits once they have occurred, the inequalities low to make all interested one, put everyone in the same boat and provide everyone with access and dignity. This model will continue to encourage innovation and investment, while giving everyone an interest in the future.

Fundamentally, the predistribution proposes a moral economy in which each citizen is worthy and is granted a “participation” in the income and productive capacity of a country from the beginning. Pre-distribution is not an unrealizable utopian idea. In fact, pre-distribution systems are already in operation (on a small scale) throughout the world. In Norway and Alaska, for example, each citizen receives a share of the profits that come from the abundant natural resources of those states. This moral understanding of a legitimate part has been used so far mainly with mineral wealth. But applied to the fruits of our high-tech economy, it suggests a radically new type of exchange economy.  century, except that now it is possible to generate this wealth everywhere, not only where the minerals are underground.

So far, the idea of ​​the collaborative economy has come from companies such as Airbnb, Uber and Lyft and has been controlled by private corporations backed by venture capital. This is where Blockchain intervenes: it provides a technological mechanism to allow exchange. In essence, blockchain technology is a mechanism to keep track of information in a secure manner, for example, about ownership and transactions. Instead of storing the information in a central location, blockchain makes multiple copies and distributes them to all nodes in a network. Each transaction is spread through the network at essentially zero cost and with full transparency.

This capacity has profound implications for allowing an authentic exchange economy. For example, each new robot in an autonomous fleet of vehicles could be partially owned by each member of the community in which it operates. Every time someone buys a vehicle with one of the vehicles, instead of the income only going to a private company, it can be distributed to everyone in the community.

This ability makes blockchain a potentially powerful accelerator to ensure that everyone can have a share of economic assets. Instead of trying to compensate for the displacement of work driven technologically through UBI, blockchain makes it possible to address inequality at its root, on the production side. Instead of waiting for inequality to occur and then tackling it through a universal basic income, we can, instead, pursue the idea of ​​a universal right to intellectual and capital goods: a universal basic capital.

A lot has to happen politically for this to work. But by making possible the original utopian promises of the collaborative economy, we would be allowing new goods in the economy to be owned by each member of the community. The use of blockchain to allow a structure of democratic and distributed ownership of this type could give everyone an interest in our robotic future, instead of deepening inequality and political conflict.