Three Blockchain Platforms to keep an eye in 2018

Home / Blog / Three Blockchain Platforms to keep an eye in 2018

Three Blockchain Platforms to keep an eye in 2018 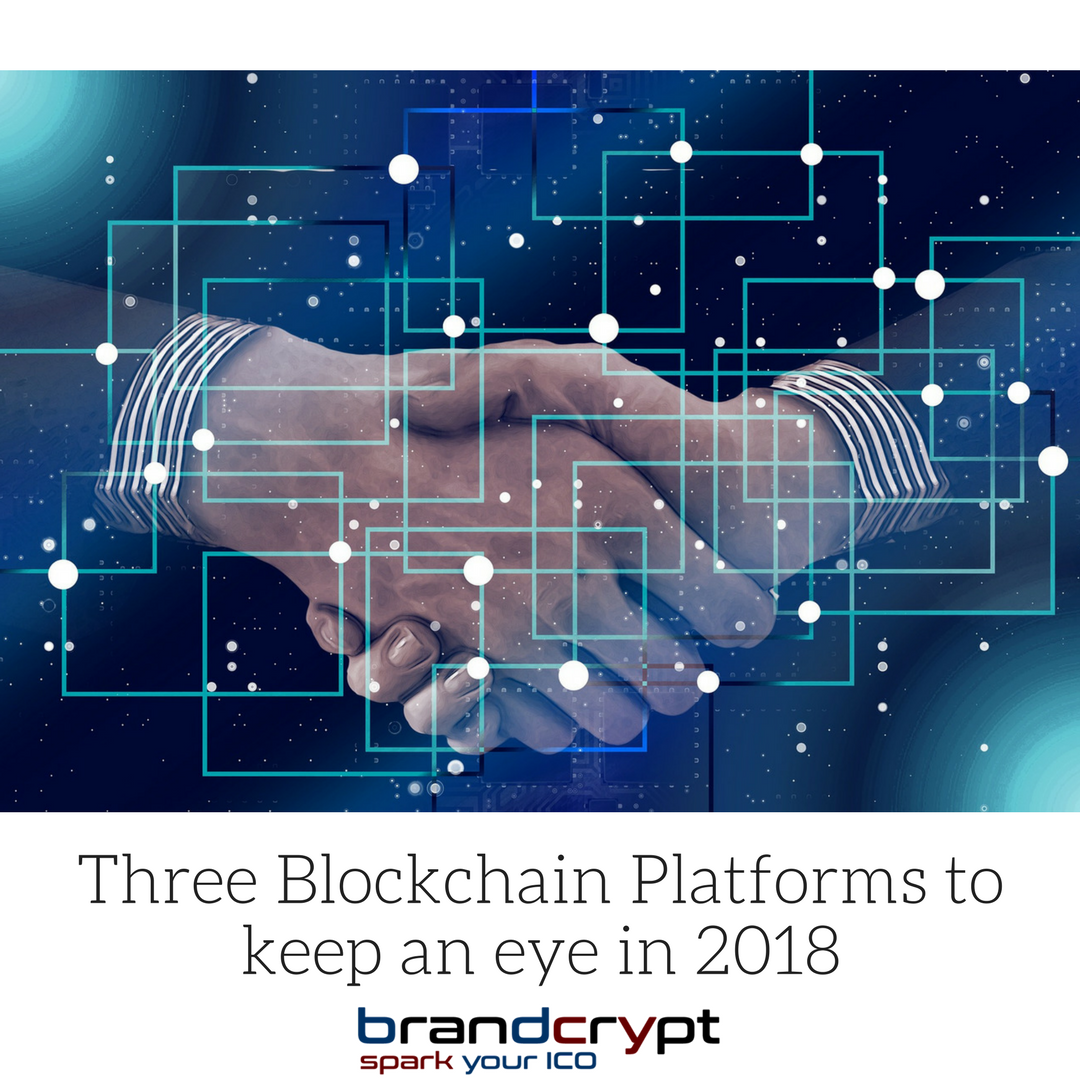 In 2017, Blockchain, Bitcoin, Ethereum and other cryptocurrencies technology became more popular than ever. There is no doubt that we are living a paradigm shift. These types of technologies went from being idealistic abstractions to viable projects. For this reason, even large companies have chosen to embark on this unstoppable locomotive, such as Overstock, Dell, among many others. Bitcoin in November of 2017 reached historical insurmountable thresholds, being this evidence of the growing and constant interest of society, turning towards cryptocurrencies and Blockchain technology.

According to the CNBC, The amount of money raised by emerging companies through the so-called initial offers of currencies (ICO) has exceeded the risk capital financing in early stages (Venture Capital) for Internet companies, this is more than 1200 Million Dollars, an indisputable indicator that the year 2018 promises large transactions in this way.

Although it should be noted that the biggest nuance of this great movement are the great new disruptive ideas that have emerged. Ethereum more than Bitcoin has established itself as the platform to fund startups and generate decentralized applications of all kinds.

Here are 3 interesting platforms to consider in 2018:

This startup attacks loading logistics, connects in a transparent flow all the cycles of processes needed during the course of delivery of a package. Very different from how parcel logistics works nowadays, where each section of processes is worked independently, with the underlying problems that this means, such as communication incongruities, erroneous shipment errors, incorrectly marked tariffs, among others.

ShipChain is a platform based on load and logistics blockchain, focused on the transparency of processes between all parties involved, where suppliers, manufacturers, distributors, even the final consumer, communicate effectively.

Ethereum when validating all its transactions point to point has a limited processing capacity, its maximum limit does not exceed 10 transactions per second, for this reason Raiden Network, proposes to move these transactions outside of blockchain, so that this platform can act more as a validator This would allow Ethereum to exponentially increase the number of transactions per second, in order to provide the other Startups with an even more powerful and scalable tool that can meet their growing demands.

The other proposal of Raiden Network, is to build trust channels point to point, so that once they have been built the validations do not result in each iteration of the chain.

This company is based on specific criteria, registered by more than 1000 retail companies, to suggest to its users the ideal gift, it should be added that in addition to the logic of criteria entered, this blockchain-based platform has an autonomous learning algorithm, which optimizes the ideal suggestion, for the most indecisive buyer.

The most special thing about Token is that besides being innovative, it is an example that not only big industries with large budgets can provide great solutions but that every process is susceptible to be optimized.

There is no doubt that the ICOs are setting new roads, in new, large and small industries, turning us into a truly free and transparent economy.