¿What’s next for blockchain?

Home / Blog / ¿What’s next for blockchain? 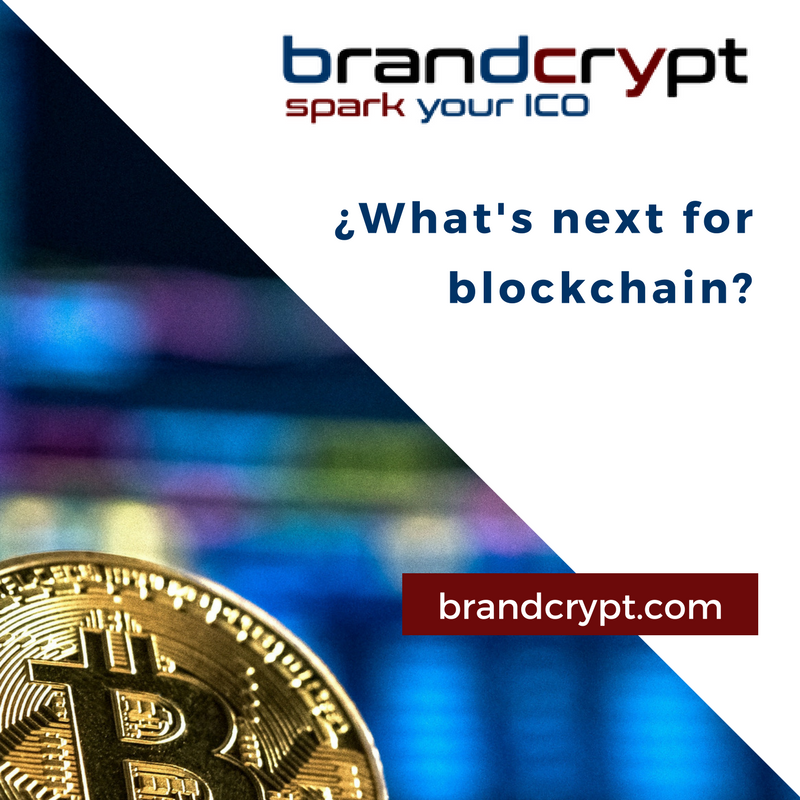 ¿What’s next for blockchain?

I recently saw a Bloomberg chart indicating that the  total investment in cryptocurrencies so far is $ 0.3T. I think it looks good writing it as $ 0.3T that $ 300B. $ 0.3T makes it look like a promising field, while $ 300B makes it look like it has already been achieved. Of course, Bloomberg did not think that way. The reason they had $ 0.3T was due to the other fields listed and the total investment in them. The data are as follows: gold investments totaled $ 6.0T, investment in farmland equivalent to $ 26.0T, 29.0T $ commercial real estate, shares $ 55.0T, 94.0T $ securitized debt, residential real estate $ 162.0 T. Just consider that. The interesting part of this is that all these other fields can (and honestly will be) in the blockchain. It’s just about when these things will happen.

However, we have to face the realities of today. There is the volatility that is the biggest shock for those who want to use the cryptocurrency as a store of value. Many blockchain projects have not yet recovered strongly. In fact, many are struggling with ground level problems that all serious startups face in the early years. Some are equipped for the challenge, some are simply being properly equipped. This could be a long way, but I believe that the impulse of the delivery should begin towards the end of 2018. As veteran businessmen know,  it is not the group with the best idea, but the group with the best execution strategy.. In addition to this, there are things that the blockchain sphere needs to gain more ground and become more conventional. These are things that can change the game in the short term. They are:

However, the current system of leadership in the blockchain space must be applauded. Despite the animosity of the bitcoin creator, the world of the blockchain has progressed significantly. Some of the best people in blockchain space that have been successful include CZ (CEO of Binance), Vitalik (co-founder of Ethereum), Charlie (of Litecoin), and so on. However,  the blockchain world needs a strong structure in leadership  . The lack of a clear pattern in leadership is what still prevents many people from fully trusting the cryptographic ecosystem.

The importance of education can not be overstated. Remember, the only way Blockchain got here is through enlightenment. We had to fight against many frauds, misconceptions and misunderstandings to get to this point. But in the future, education must be organized and professional. There should be educational institutions and schools dedicated to blockchain  . There should be professional courses, both free and paid, to further understand the blockchain space. Undoubtedly, some already exist, but they need (not only more) better (with a better positioning in the world).

4. Complete adoption of the ecosystem

It is interesting that some blockchain companies do not pay their workers in cryptography. This is not good enough. If you do not want to hurt your employees because of the price volatility, then let them at least pay a percentage of the workers’ salary in cryptography. If you work in the system, you should also be rewarded in the system . We should think about how we can build a complete lifestyle around cryptography, so that the need to change to a fiduciary currency is eliminated. It’s not that it hurts the fiduciary currencies, but that everyone has the option of not changing at all. For now, it seems that the change to Fiat is a necessity at some point. Maybe someone should start a large domestic tool store where a specific weight of the items purchased has a fixed price in bitcoin (or litecoin, or any currency).

We already have many projects and companies, but we need more. And we need more with more current use. The future is often overrated. We need projects that can directly solve a problem now  . Projects that will start to obtain benefits in 6 months (and not out of negotiation). It seems that online wallets, exchange operations and mining (either as equipment manufacturers or real miners) are the most profitable at the moment. It is necessary that more areas be profitable. The blockchain world already has a handful of talents in coding and business, but much more is needed. As you know, the project or the company is only as good as the people involved in it.